Its been an exciting few months with Lucky since we picked him up from Oliver Townend’s Yard in December. He went straight to Zoe’s yard to settle into his new home at the amazing Aylesford Equestrian Centre in Leicestershire where he enjoyed a quiet few days in the field…

He settled in so quickly and it wasn’t long before Zoe had a little play and sat her gorgeous Voltaire saddle on him which was a very good fit yey!

Nothing seemed to phase him so Zoe stretched his legs over some trotting poles on the lunge which he did beautifully! 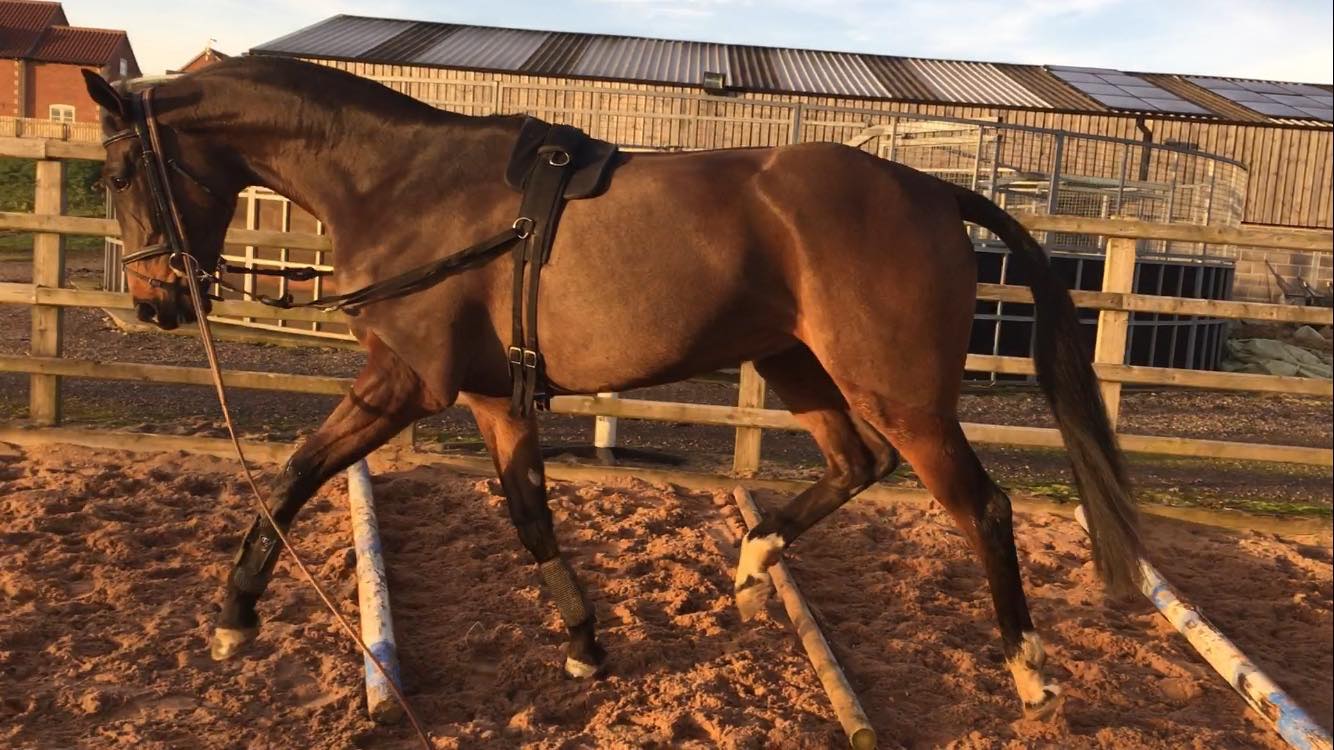 Wow did he look good! We were both more and more in love every time we got him out the stable and saw him move!

Lucky then had a visit from the dentist so had a few quiet weeks growing up. We booked him into a local yard for the beginning of January to begin breaking him in. We heard lots of great reviews of the breakers based at Holly Gillot’s yard Morris & Smith just around the corner from where Zoe’s yard is, which was great for her to be able to pop and see Lucky as often as possible.

We had some lovely feedback in just the first week, Lucky was taking everything in his stride and seemed like he had walked the earth before!

It wasn’t long before Zoe was on board and riding him around the arena which really was an exciting day!!

Keep an eye out for the next blog to see how Zoe & Lucky are progressing.