Firstly, the rain stopped and the event season is in full swing. Although it’s the complete opposite of conditions we had in March to May, it’s a relief to see venues are working hard to prepare the ground, so we can all get our runs. With the unfortunate start to the season, which resulted in so many of our events being cancelled, we are finally catching up on our MER’s for all the horses. However, it does feel like I should be in the circus as a juggling act! Trying to get all the horses out at the right time to get qualifying runs causes many a headache. Duke won the Novice under 18’s at Aston amongst some strong experienced combinations. I was unfortunate to held on XC (not the best situation after fence 4!) having never been held in any XC before I forgot to stop my watch, so I was genuinely surprised to come home with just two time faults!

We have recently made the step upto Intermediate, where he gave me a super ride round Upton. We welcomed Tiger Balm onto the yard on the evening of 7 June. Having never ridden her before I had two days to find out how she went before our first event! We headed off to Speetley where she didn’t disappoint and produced a super double clear. Dili is a former ride of Polly Stockton’s and is currently competing at Novice. She is going well with 3 top ten placings already this season. Our most recent addition is Class Booze Cruise who was produced in Ireland by Katherine Charlton of Class Event Horses as a 4 and 5 year old. Boozy attended his first event at Stafford after collecting him 4 days before. He produced a smashing double clear to finish 4th in his section. Ronan occasionally gets put on the naughty step but has been removed from it recently! He’s a cheeky pony, and he gives me so much fun I can’t stay mad at him for long! However, he has redeemed himself recently with two top tens, meaning he has been allowed off the naughty step! Flash has also been removed from the naughty step with three good results, the latest being a second place at Stafford. Standing at 17.3 and with him only doing what he feels he needs to do, we have altered his fitness program and work schedule. He doesn’t jump at home much now and does lots of hacking and fitness work instead. This seems to be working so hopefully his form will continue. 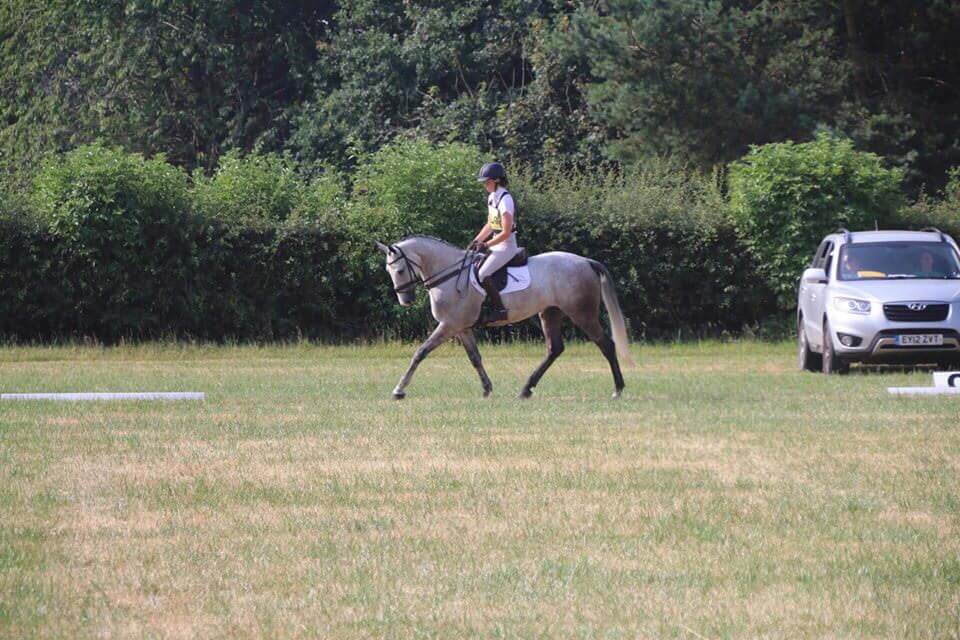 Scorpion (Budle Bay) has moved onto pastures new and has made the trip to Scotland where he will be doing riding club events and ROR classes. BT has also moved on, he has returned home to his owner Louise who is eventing him in between juggling a full time job and a one-year-old child! Sadly BlazeR has had to take a back seat in eventing, he is now the yard manager and teaches the young ones with his words of wisdom. (Hope he tells them about jumping and not about the dressage) We made the difficult decision to retire him after some unsuccessful runs XC. It was an incredibly emotional time having made the decision. I have lost my right-hand man, my comfort blanket, my teacher! Blazer has done a lot of events and was starting to feel unhappy in certain situations. He is sound, enjoying a quieter life and will be seen out doing BS over winter. The boy has always hated the dressage anyway, so he will be relieved not to do that bit any more! Looking forward I have some super prospects for the future and will use my experiences with BlazeR to teach them. There are two more prospective eventers waiting to come out! I have a busy July and August so fingers crossed they get to debut before the season ends