Bellary It’s not been the easiest start to the season with plenty of ups and plenty of downs. This year is my first year on horses after being successful on ponies last year. I am very lucky to have found ‘Vogue’ who is my current horse.

http://norskerflyfishing.com/rejseprogram/fjeldfiske-nordsverige-med-norsker-efter-storstalling-oerred-og-fjeldoerred/ We started the season with 2 successful runs at Epworth and Oasby BE100 finishing 8th and 4th respectably. We then made the decision to move up to novice at Lincoln as it was an U18 qualifier for our region and my aim this year was the CICJ2*U18 championships, sadly Lincoln didn’t go quite to plan on the XC however lots of positives were taken too as she did a lovely dressage and SJ.

Moving on to Belton, an event I have heard so much about- sadly not all good things due to the test it often asks, looking back it probably wasn’t the most sensible idea to run here after our problem at Lincoln however after plenty of training in between the two we felt ready and all was good until the halfway point on the XC which was the Coffin and is where our round finished for that day with us both on the floor-not quite how we had planned, but we live and learn and lucky we were both ok.

A confidence giving run at Breckenborough BE100 Open was followed by Kelsall ON where we didn’t have the best dressage due to a few errors on my behalf, followed by a lovely SJ round just rolling a pole and finally we completed the XC just sadly with an annoying 20 penalties which were picked up at the water. Although it wasn’t the best day on paper I was so pleased to have finally completed a Novice with her, an achievement I have under estimated when riding ponies.

Moreton Morrell saw our first clear SJ round at Novice height but sadly again picked up XC penalties, it was at this point we changed our plan of attack… Due to ‘exam leave’ we were able to squeeze in a couple of lessons around a busy weekend at Badminton with SXC (a fabulous weekend as always).A few XC sessions with Hayden Hankey and a dressage lesson with Hannah Esberger later, helped detect my weaknesses in both phases. After working on these endlessly for 2 weeks it finally all came together at Rockingham ONU18 where we scored 27.8 in the dressage leaving us 2nd followed by a double clear with 12tfts which dropped us out the placings but to finally get all three things right felt amazing- must all be down to my new lucky SXC gloves!

I am hoping to continue to progress at novice level, maintaining clears XC and refine everything a little more. I would love to aim to do a 2* by the end of the season with Vogue if all keeps going well, however horses will be horses so it is highly likely Plan C May come into action. 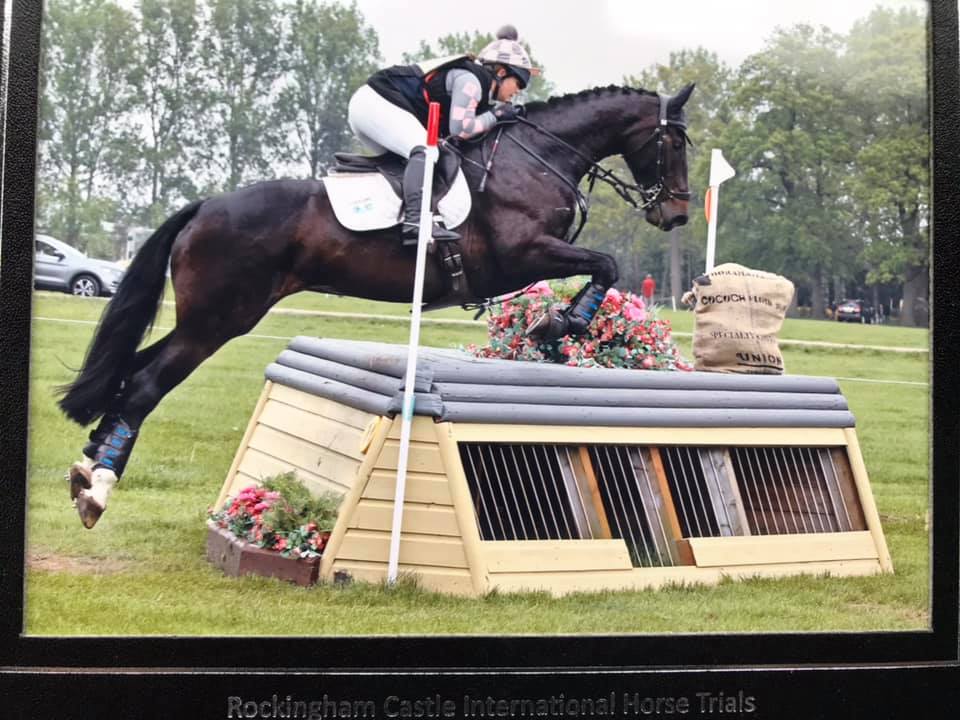